My third and final event in Neepawa this year was at the Yellowhead Centre. Thanks to Anne & her fantastic staff for hosting us in their great facility. I love the old salt warehouse!

Jeff & Sheila were the reason that everyone gathered there this weekend. Since having met at University, their common love of agriculture and curling, are a few of the things that brought them together, and ultimately all of us, to the wedding reception that we enjoyed being a part of on Saturday evening.

Their reception was tailored uniquely to them through a kissing game and table release activity. In order to have them kiss… you had to show off your curling skills! That’s right, curling skills! At my request, their ushers Matthew & Josh unveiled and placed on the dance floor, a large set of rings representing what people had to throw the rock towards. The “rock”, was a full sized plastic curling rock with three little wheels on the bottom. The old wooden floor of the Yellowhead wasn’t kind to the curlers, but plenty of good throws were made and lots of laughter also ensued. Oh, and a few really great smooches came as a result too! 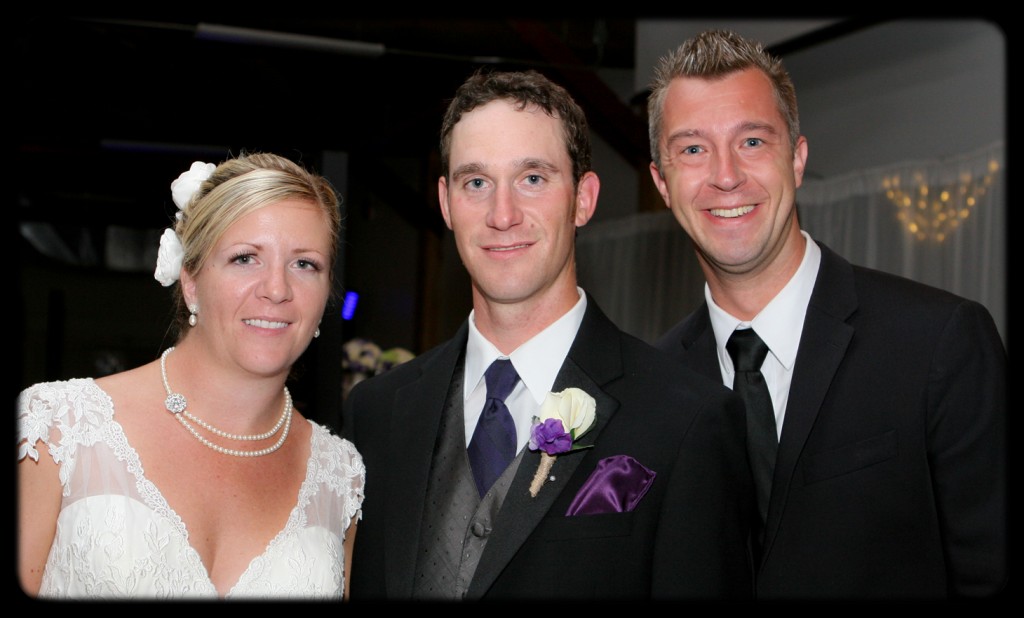 In order to send their guest tables to the buffet that Bruce Manuliak from Oakburn prepared for them, you have to understand something about Jeff & his two brothers. They love movies, but more importantly, they love to quote movies. I’ve been told they can have entire conversations, by just quoting movies!

So… now knowing that, an activity was created called “Jeff & Sheila’s Favourite Move Lines – Audio Trivia”. The idea was that the guests would have to identify the movie from audio that was being played to them containing some of Jeff & Sheila’s favourite lines. The audio was directly from the movies themselves. In order to ensure that every clip was identified, after exactly 10 seconds of audio, a large clue would appear on the video screen in the room. The clue was the actual movie title, but with the letters all scrambled up! This ensured that every clip was identified and that every table had the opportunity to eat.

I’ll finish off by saying that it was a pleasure to finally meet Jodi from Memories by Me Photography. I had a lot of fun helping to create moments at Jeff & Sheila’s wedding and I think she had a lot of fun capturing those times as well. Really looking forward to working again Jodi!

In finishing, a huge congratulations to both Jeff & Sheila. I really enjoyed helping you prepare for your reception and LOVED playing all of that old rock and roll that your families never seemed to tire of! We took this photograph a little late in the evening, around 1:45 AM I think, so it goes without saying that we all had a great time! Thank you again!