Here is a wedding, that through incredible family and friends, had so much love packed into it, it’s hard to describe. Brad & Jenna just seem to be a magnet for really great people. You should have heard the toasts! That’s about as close I can get to telling you about the wonderful time I had this past Saturday. JUST AWESOME! 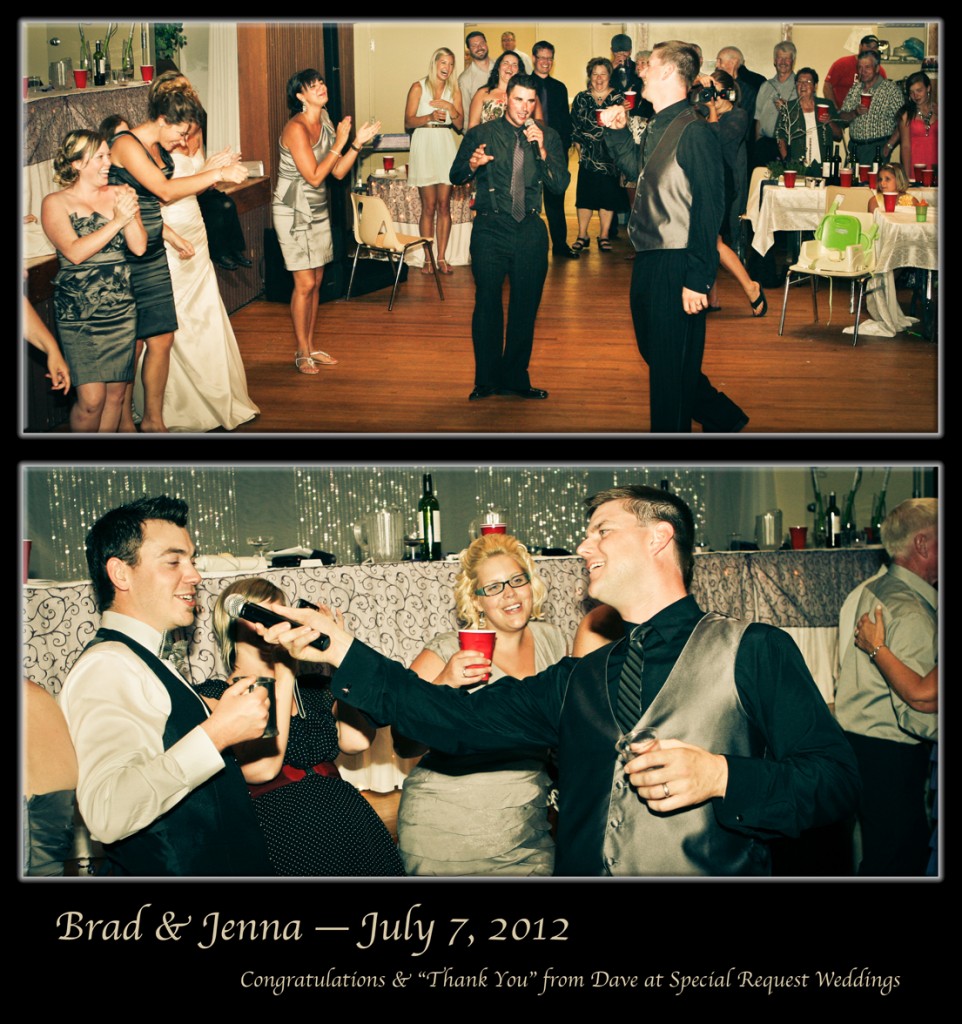 For those who couldn’t be there, the top photo is what happened — very unexpectedly to Brad— when he attempted to remove the garter from Jenna’s leg. Through some emailing with the ladies in the wedding party ahead of time, we arranged that rather then playing “Oh Yeah” which Brad had chosen to remove the garter too, something else would happen first instead.

The moment “Shoop” by Salt-N-Pepa hit his eardrums, he was pushed back by the ladies and Jenna, as they danced and performed the song for him. They took turns singing and rapping the different parts of the songs to him while each providing him with hilarious solo dances.

And then, to everyone’s surprise, groomsman Mitch Davidson jumped up from where the guys were sitting and flawlessly pull off the one male solo part in the song. Take a look at the expressions on the faces in this photo to get an idea of how great this moment whole moment was!

Photo number two includes a man whose importance to this wedding can not be understated. In addition to performing their wedding ceremony on the bandstand at Clear Lake earlier that afternoon, Brad & Jenna’s friend Rob was the person who put them both on the same volleyball team — 8 years ago. Their first date followed only a few days later…

Here he is being encouraged to sing along to one of Brad’s favourite songs, “Last Kiss” by Pearl Jam. It was a great moment, that was followed by the ladies getting together to sing the Oasis classic, “Wonderwall”. So much fun!