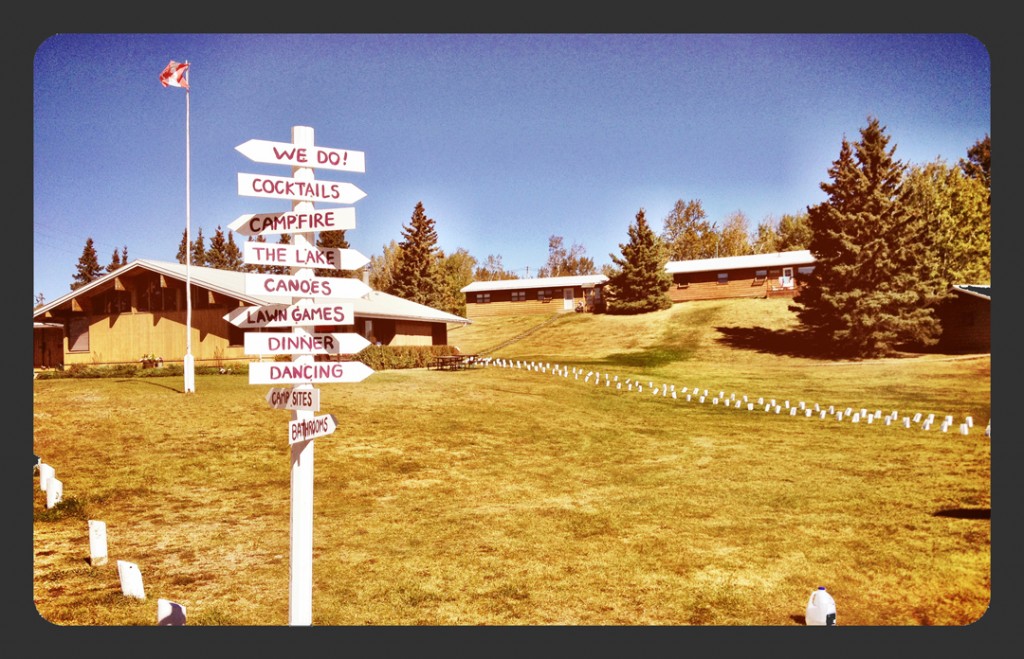 Mike, Jillian & I first connected just this past July. I came on board a little later then I normally like, but that didn’t stop us from putting a lot of really great quality time into making some neat things happen. When you’re up for putting in as much time, creativity and energy as they did, moments of magic happen. One of which, was this wedding party break out dance. Or as we liked to call it, the Party Rock Grand Entrance! Jillian had spent the time writing out the choreography for it (as pictured previously with the guessing contest) and then I spent part of our first planning meeting cutting together the version of LMFAO’s “Party Rock Anthem” that we thought would work for the moment. The next day — believe it or not — one Jillian’s wedding party gals, Heather, joined her and Mike to record and cut together a 16 minute “instructional video” for it! Two of the groomsmen lived in Bermuda after all… how else was she going to teach them?!

As it worked out… a little extra practice was needed. Guys, did you really practice as much as you should have?!! The friday night, following their really tasty Maritime Themed Rehearsal dinner, the wedding party and I headed out to the reception tent. It was now Party Rock Rehearsal time! After a lot of laughs and one of the ladies nearly being kicked over by some heavy duty shuffling, they looked ready.

Jillian’s brother (the “slightly younger then her” ring bearer who performed a cartwheel as he grooved his way down the aisle for the wedding ceremony) Ryan & I were in charge of introducing the wedding party… so he introduced the girls and I the guys. We had created fun little bio’s for each of them which were then followed by specially selected “theme” music for each wedding party member to enter to. As soon as we’d gotten all of their guests laughing, now knowing with some fun who everyone in their wedding party was, Ryan moved from his podium to stand next to the wedding party in front of the head table.

I then proceeded to tell a little story… it was about how two people met, one from Manitoba and the other from Nova Scotia, which had ultimately led to this day. It had some funny moments, some sentimental ones and then ended off by reminding everyone exactly how Mike had proposed to Jillian while they looked out over the ocean, watching for whales, from the Skyline Trail in Cape Breton, Nova Scotia.

Ok… I know… where’s the Party Rock Dave?! Just wait for it…….. here it comes! That’s right, Mike & Jillian were then announced and as the applause filled the tent, so did the sound of Party Rock Anthem. As Jillian & Mike’s feet hit the dance floor, they quickly high-fived their wedding party, who proceeded to fall into (should I say nearly perfect!?!) step behind them. Here is where their Party Rock Grand Entrance dance took place with the Wedding Party. They completely surprised everyone with their 2-1/2 minute routine that simply electrified the place! So much fun… it was awesome! If you were there, what did you think about it?!

Among the collection of moments that Mike & Jillian poured their complete hearts into, here are a few more ideas that I hope will inspire you or someone you know.

I captured the attached photo from the opening moments of when Jillian’s dance with her father (“Rainbow Connection” by Jason Mraz) erupted (nearly two minutes in) into “Let’s Get Ready To Rumble!!!!!!”. The next 5 minutes saw Jillian and her father Remi tear through song clip after song clip in a style similar to Judson Laipply’s “Evolution of Dance”. I can’t wait to see the video captured from this moment! As you can see just right of centre in the background, Jillian’s brother Ryan cannot believe what he is seeing his Dad do right now! What a priceless moment! 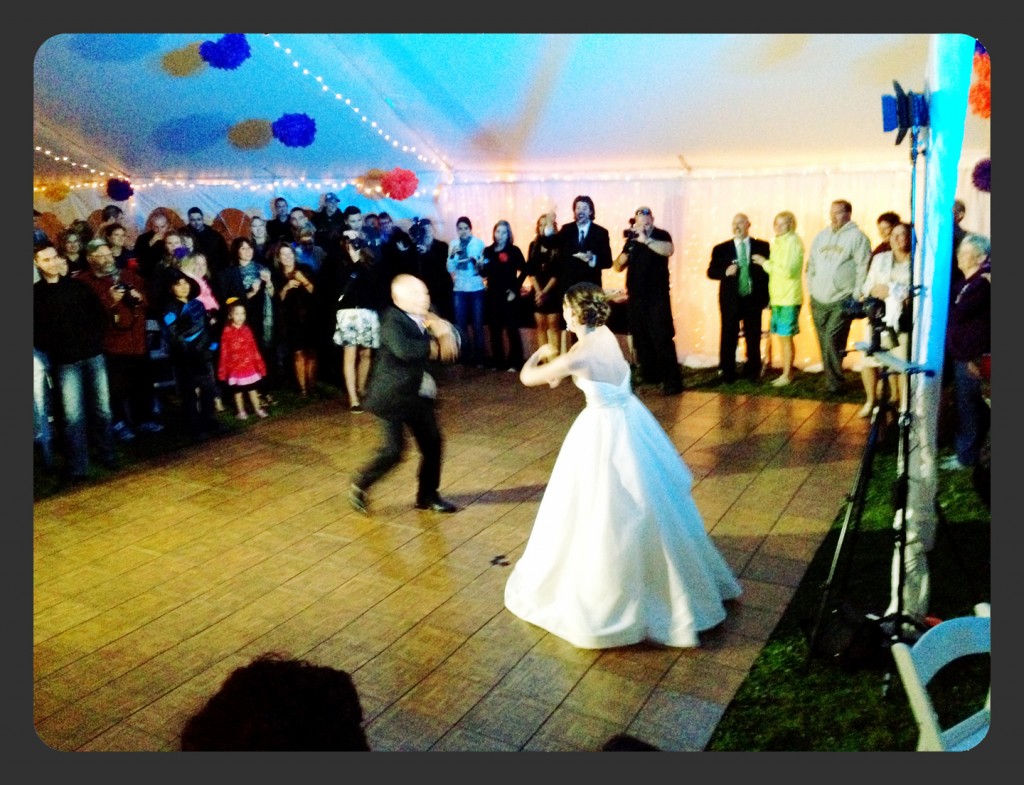 Before the dance continued on into the late hours of the morning, we also arranged a beautiful Sparkler Send Off for Jillian & Mike at 11:00 PM which saw nearly two-hundred 3 foot tall sparklers being held up by their family and friends as they walked through a “corridor” of picture-perfect light. As they came to the end of this walk through the glitz & glam of sparklers, fireworks shot out over the yard. “Beautiful Day” (U2), “Paradise” (Coldplay), “Bittersweet Symphony” (The Verve) and “Fly Me To The Moon” (Frank Sinatra) played the whole way through until their guests returned to the tent for the evening meal and non stop dancing that continued on until the wee hours of Sunday morning.

I really can’t wait to work with Darren & Janet, camp managers, from Camp Wannakumbac again. What a great place and great people. It reminded me of living on the farm near the lake that I grew up on… Another nod also goes to the lady responsible for some of the finest smells I’ve EVER smelled from a wedding dinner. After having experienced “the art” that her catering is, Nadia Kuhl of Harvest Sun Catering comes highly recommended from me now. For capturing the day, as incredible as it turned out to be, credit goes to Amber & Jordan from It’s a Love Thing Photography and Sean Philips of A Moving Picture Studios (all from Winnipeg). Thank you all for being the incredible wedding professionals you were. I think we made a pretty great team! I can’t wait to see the results of your work you three!

Lastly, to Jillian & Mike. Thank you for including me in what turned out to be a weekend where “the stars were aligned just right” for all of us. I’ll always remember this weekend as it was fun, we tried new things, and people laughed/danced/cried and froze. LOL! I’d do it all over again and wouldn’t change a thing.